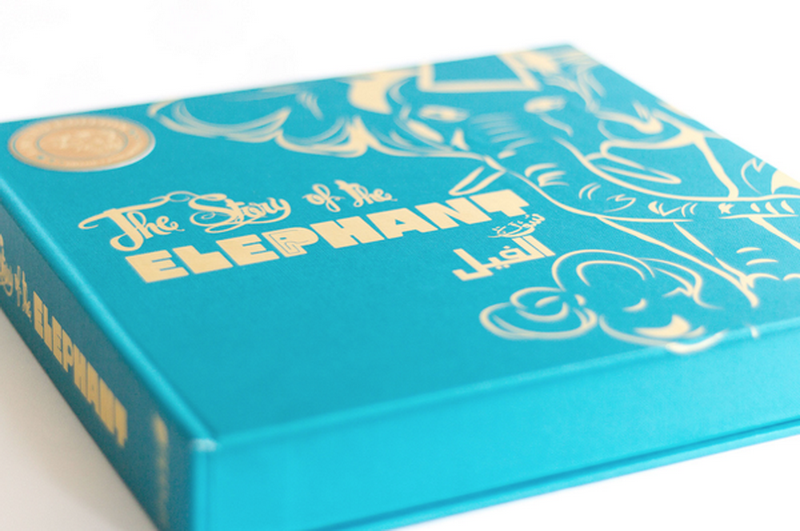 This story is given in Surah Al-Fil (105:1-5). It is a story illustrating the fate of those who tried to attack the Ka’aba. The incident is supposed to have taken place just before the birth of Prophet Muhammad (S.A.W.S). I am taking this story from Iqra Sense Blog.

Before Prophet Muhammad (S.A.W.S) was born, the governor of Abyssinia, Abraha Al-Ashram, had built a place of worship and asked all Arabs to worship there. This site was richly decorated with treasures from the collection of Bilquis, Queen of Saba. He erected gold and silver crosses, built ebony and ivory pulpits, and raised the site’s stature and expanded its width. But the Arabs refused to bow down. Their loyalty lay with the Ka’aba, built by Ibrahim (alaihis salam). An Arab, in defiance and mockery of Abraha’s command, desecrated at the place of worship, angering him so much that he swore to destroy the Ka’aba. The Abyssnians had tame elephants that they used in wars. Abraha gathered his army of men and elephants and marched towards Makkah. As he advanced towards the Ka’aba, he defeated the tribes, enslaving the people and seizing their property. Included in this were two hundred camels that belonged to ‘Abdul Muttalib Ibn Hashim, the Prophet’s grand father, who was then, the leader of the Quraish. The tribes of Quraish, Kinanah and Hudhail decided to fight against Abraha, but they realized that they could not afford such a war and gave up the plan.

Abraha, meanwhile, sent a messenger to the Quraish, who were taking care of the Ka’aba. In his message, Abraha declared that he had come only to destroy the Sacred House and wouldn’t harm anyone unnecessarily. He said that if the people didn’t want to fight, their leader should come and meet Abraha. Abdul Muttalib, after listening to the message, said: “By Allah! We do not intend to fight. Really we cannot afford it. This is the Sacred House of Allah and His Khalil (friend) Ibrahim (alaihis salaam). He Alone can protect it if He wills to.”

The messenger then took him to Abraha. Abdul Muttalib was a dignified looking, handsome man. His noble appearance impressed Abraha. He did not want to insult him, nor did he want to give a potential enemy an equal status, so Abraha sat down on the rich carpet beside Abdul Muttalib. Through an interpreter, Abraha asked what the chief of the Quraish wanted. Abdul Muttalib asked for a compensation for the two hundred camels that were taken from him and did not say a word about the expected attack on the Ka’aba. When Abraha expressed surprise, ‘Abdul Muttalib answered: “I am the master of the camels, whereas the Ka’ bah – house of worship – has its Lord to defend it.”

Abraha, arrogantly claimed that no one could defend the Ka’aba from him to which Abdul Muttalib replied: “You are on your own!” Abraha then gave him his camels back. Abdul Muttalib went home and told the Quraish about his conversation with Abraha and ordered them to evacuate Mecca and move to the mountains. He then went to the Ka’aba, along with some men, and holding the ring of the Ka’bah’s door, invoked Allah and sought His aid against Abraha and his troops.

Abdul Muttalib set out with all the Quraish to the mountains seeking shelter and waiting to see what would happen next. The next morning, Abraha prepared himself, his troops and his elephant Mahmoud, to enter Mecca. When Mahmoud was directed towards Makkah, Nufail Ibn Habib came near him and whispered in his ear: “Kneel down Mahmoud and go back home safe, you are in Allah’s Sacred Town.” He let go his ear and the elephant kneeled down. Nufail Ibn Habib then went away and climbed up the mount till he was far and safe. The Abyssinians tried everything to make the elephant stand again but in vain. They beat him, hurt him with weapons but still the elephant refused to get up and march towards Makkah. While trying to get him to stand they turned his direction to Yemen and he immediately got ready to move. Similarly he was ready to go to Sham (Syria) but still refused to budge in the direction of the Ka’aba. Allah the Almighty then sent birds from the seaside that resembled hawks. Each bird held three stones: one in its beak and one in its each leg. The birds dropped these stones on the Abyssinians killing them. Some Abyssinians fled while death pursued them every way they went. They tried to go back the way they had come and asked Nufail Ibn Habib to guide them back to Yemen. Allah the Almighty also sent a severe wind that added to the speed and strength of the stones and caused the majority of the army to perish.

Abraha was hit with a stone as well. His people carried him and his body began to tear apart by the time they reached San’aa. After a short while, his chest cracked and he died. Ibn Ishaq said some of the Abyssinians managed to return to Yemen and related to their people what had happened to them and to the whole army.

This incident was revealed in the Sura Al Fil as a reminder to the Quraish of Allah’s Favor bestowed on them through defeating the Abyssinians and defying them.

In Tafsir, An-Naqqash mentioned that the flood carried away their dead bodies and threw them into the sea. Then, Ibn Ishaq cited the poetry the Arabs composed pertaining to that great incident in which Allah the Almighty made His Sacred House victorious for He wanted to grant it honor, dignity, purification and respect through sending His Messenger Muhammad (S.A.W.S) and the Legislation He sent with him. One of the fundamental pillars of this Legislation is the Prayer whose Qiblah direction would be made to the honorable Ka’ bah. The destruction of the owners of the elephant was not for the sake of the Quraishites themselves but victory was granted to the Sacred House in preparation for the advent of Prophet Muhammad (S.A.W.S).

Following the death of Abraha and his succeeding two sons, the Abyssinian rule over Yemen came to an end; the church built by Abraha was deserted. No one could even approach it for it was built over the burial place of two idols – that of Ku’aib and his wife. The two idols were made of wood, their height was about sixty cubits and they were touched with the jinn. Hence no one could take the risk of coming near the church or taking anything of its building or ornaments fearing the evils of the jinn. It stayed deserted till the time of the first Abbaside Caliph, As-Saffah who heard about the riches found inside the church. He sent his ruler over to Yemen, Al-‘Abbas Ibn Ar-Rabi’, to destroy it and bring him all the precious objects he might find there. 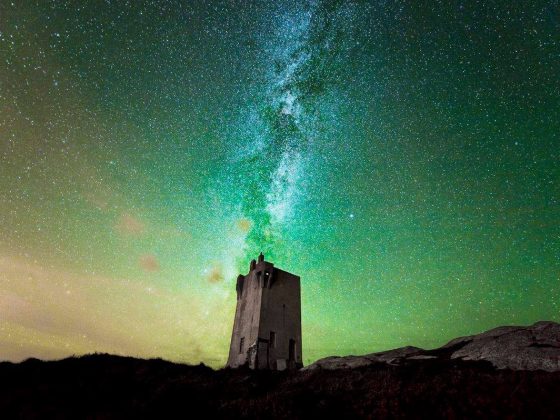 Nursery Rhyme – Give me some sunshine.