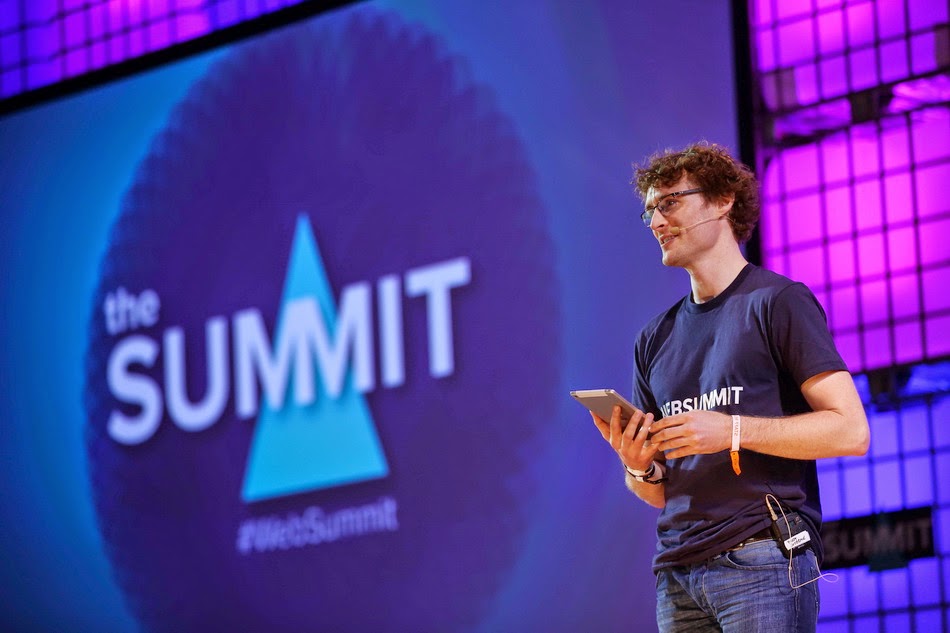 The founders of the Web Summit Dublin have filed a motion in a USA court to dismiss a “purport” €4.5m legal case over an attempt to trademark “The Summit”.
The lawsuit, taken by an American seminar and real estate developer, Elliott Bisnow, has been criticized by Dublin Web Summit founder Paddy Cosgrave as “speculative”.
“You cannot copyright the word ‘summit’ just as a coffee chain cannot copyright the word ‘coffee’,” he said.

Mr Cosgrave also said that the product offered by the plaintiff’s company, Summit Series, is “completely different” to the Dublin event, which expects to attract 20,000 people this November.
Mr Bisnow claims that Dublin Web Summit founder Mr Cosgrave developed a ‘Summit’ conferencing theme after talks between the two in Montana in 2010. However, Mr Cosgrave has dismissed the charge.
“We registered the Dublin Web Summit domain long before I ever met any of these people,” he said.

“We had our first event in 2009. As for Elliott Bisnow, I spent two days with him, not a month as has been reported. It’s pretty standard practice to meet people in your industry and, over the years, I would have spent time with and met people including the organisers of the G8 Summit and various other summits.”
Legal proceedings began in May, having been sparked by the Irish company’s name change to ‘The Summit’ last Autumn, a move it has since reversed.

“We changed to ‘The Summit’ because the event is expanding so rapidly, and into so many new areas, that it seemed right for the name to reflect the evolution,” said Mr Cosgrave.
“However, we soon realised that ‘The Summit’ is a much more difficult thing to market and brand than the ‘Dublin Web Summit’, which already has a very, very strong brand and is internationally known. The reality is that there are dozens of high profile ‘Summit’ organisations and events already throughout the world.” – Irish Independent