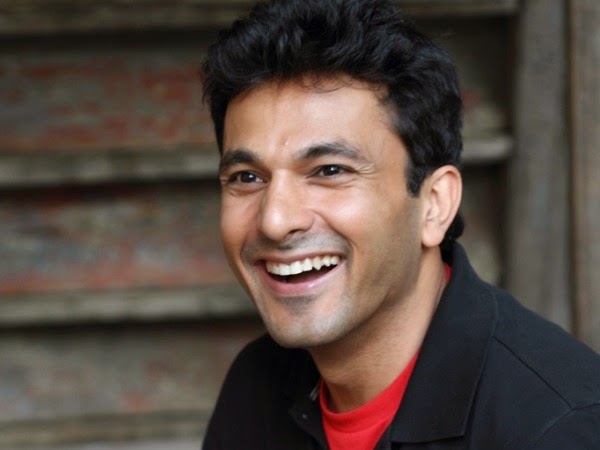 Vikas Khanna is a famous Indian Chef and Television Celebrity. He is also famous for his Cook Books and Junoon Restaurant in New York.  I have attached his video interview in the end of this post.
He was raised in Amritsar, India where he grew up surrounded by large family feasts, the seasonal produce fresh from the fields of Punjab, and of course, his Grandmother’s traditional home cooking. It was at hir grandmother’s side that he began to learn the intricacies of Indian cuisine. He started his own banquet and catering business, Lawrence Gardens, at the age of 17 and turned it into a thriving business.

After getting selected by the prestigious Welcomgroup Graduate School of Hotel Administration, Vikas went on to train under renowned chefs of Asia from Taj Group of Hotels, Oberoi Sheraton, Leela Kempenski, and many more. He made his way to the United States and studied at the Cornell University and New York University while getting his feet wet in the restaurant industry of New York City. He had the pleasure of working with some of the most honored chefs in America while he was the Executive Chef of Salaam Bombay Restaurant in New York. He has received glowing reviews from the press, his gastronomic peers, and also recognition from the James Beard Foundation. Vikas is the owner and consultant in several restaurants and food organizations including The Café at the Rubin Museum of Art. His next restaurant project will be opening in 2010 in New York City. He has authored many books, including “The Spice Story of India” and “Modern Indian Cooking”. He is the founder of Cooking for Life and SAKIV Organizations which hosts gastronomic events around the world in support of different relief efforts and awareness issues. His next book, “Flavors First”, will be published in 2010. He is the recipient of numerous National and International Awards and is also the honorary member of many foundations including the World Peace Society. He was also honored with the prestigious “Access to Freedom Award” in 2005 from SATH, previously awarded to George W. Bush and HRH Prince Charles.