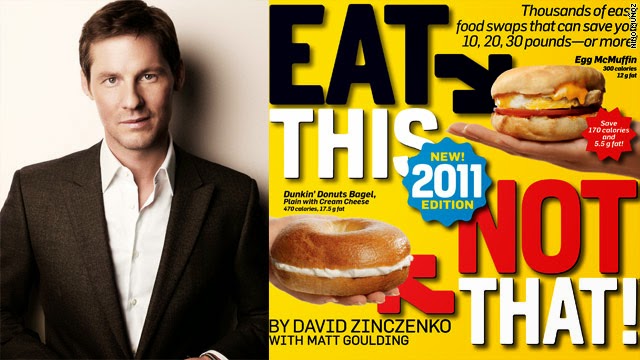 I have recently read blog on diet and fitness. This blog is written by David Zinczenko, who is well known American author, publisher, businessman, television personality. He mentioned in his blog that Nothing written in fine print is ever good news. That’s true if you’re a credit card holder wary of hidden fees, a Facebook user navigating a maze of privacy settings, or a vegetarian looking for a fish-free banana, or a bagel that’s not made with duck feathers. Wait, what?!
It’s no news that food labels can be as misleading and complicated as the plot lines on Game of Thrones. But one thing ought to be clear enough: Does this food have animal parts, or not?
I admire people who choose to eat vegan or vegetarian, whether for issues of health or humaneness. So it irritates me to no end that food manufacturers often sneak animal parts into foods that the average herbivore would swear fit in with his or her vegetarian lifestyle. From OJ to bananas, even the most seemingly safe and uncomplicated of foods can hide bizarre animal products capable of making a carnivore cringe. Ladies and gentlemen: the vegetarian black-list — 12 seemingly vegetarian foods that actually aren’t.

1. WHITE SUGAR
If you’re eating … White Sugar
You’re also consuming … Animal Bones
Refined white sugar is bleached in a process that entails running the sugar through “bone char” or “natural carbon” — both fancy terms for charred cattle bones. Confectioner’s and brown sugar can also be culprits, as they are variations of white sugar. Beat It Tip: Stick to organic cane or turbinado sugar; or consult this list of char-free sugars.

2. VANILLA ICE CREAM
If you’re eating … Vanilla Ice Cream
You’re also consuming … Beaver Butt Juice
The “natural flavor” you see listed on your favorite vanilla ice cream may actually come from a beaver’s rear end. Castoreum is the technical term for the all-natural ingredient — a fragrant, brown slime that beavers use to mark their territory, and food scientists use to give products a musky, vanilla scent. Beat It Tip: The FDA has ruled that because there’s no harm in eating castoreum, food manufacturers are not required to list it in the ingredients. Your best bet is to stick to vegan-OK ice creams like Soy Delicious, or to look for real flavors and avoid the generic “natural flavoring.”

3. ORANGE JUICE
If you’re drinking … Orange Juice
You’re also consuming … Fish Oil & Sheep’s Wool
Oranges, however nutritious, aren’t naturally “heart-healthy.” In order to market a juice as such, manufacturers add Omega-3s, which, unless they’re synthetic, are sourced from anchovies, tilapia and sardines. Also, the vitamin D in some fortified juices comes from lanolin, a waxy substance from sheep’s wool. Beat It Tip: Tropicana and PepsiCo escape the black-list, but steer clear of Coca-Cola juices, which contain lanolin-derived vitamin D. Better yet, juice your own!

4. REFRIED BEANS
If you’re eating … Refried Beans
You’re also consuming … Beef Fat
Beans can be a great source of protein for our veggie friends, especially when coupled with whole grains (Hello, complete protein!). However, most traditional Mexican restaurants have a beefy secret: Their refried beans are made with lard (beef fat). Beat It Tip: Ask before ordering. Taco Bell’s beans are safe, but there’s beef gelatin in their sour cream and chipotle sauce.

5. BANANAS
If you’re eating … Bananas
You’re also consuming … Shellfish
Your banana has crabs. According to Science Daily, Chitosan, a bacteria-fighting compound derived from shrimp and crab shells, has made its way into spray-on preservatives that extend the shelf life of bananas and can infiltrate the fruit. That’s bad news for vegetarians, vegans, and anyone with a shellfish allergy. Beat It Tip: Watch for new warning labels that read: “This product may contain shellfish byproducts.” Or buy organic.

6. BAGELS
If you’re eating … Bagels
You’re also consuming … Bird Feathers
Here’s what it takes to make a plain bagel: flour, water, salt, yeast. Unless you’re a popular bagel chain. Then you throw in some duck and chicken feathers. Many processed bagels and bread products contain the enzyme L. Cysteine, a “dough conditioner” sourced from duck and chicken feathers. (Although it can also be made from human hair.) Einstein Bros. and Dunkin Donuts have both confirmed using L. Cysteine in all of their bagels. Poultry feathers also make an appearance in the garlic bread at Pizza Hut, and in Mickey D’s honey wheat rolls, cinnamon rolls and apple pies. Beat It Tip: Carefully read labels, find a favorite local bakery, or make your own! And if you’re shopping for frozen varieties, Lender’s and Thomas’s bagels are both safe bets.

8. HARD-COATED CANDIES
If you’re eating … Hard-Coated Candies
You’re also consuming … Bug Juice
Most candy coatings are made from shellac, a resin secreted from the rear end of the female lac bug. It’s usually listed as “confectioner’s glaze” in the ingredients. You may have heard of shellac before, like when you get a manicure that lasts 3-4 weeks. Yea, same stuff. Shellac is also found in furniture polish, hairspray, and agricultural fertilizer. Yummy. Beat It Tip: Do your research before indulging, as not all hard-shell candies are culprits (M&Ms are safe!). Here’s a list of confections to pass up.

9. BEER & WINE
If you’re drinking … Imported beer or wine
You’re also consuming … Fish Bladders
Mmm this cab has notes of currants, vanilla, and … sturgeon? Some brands of beer and wine, particularly those made in Britain, are clarified using isinglass, a gelatin from the air bladder of certain freshwater fish. Vegetarian clarifiers can be made from clay or algae. Beat It Tip: Peruse the Vegan Alcohol Directory at Barnivore.com.

10. PEANUTS
If you’re eating … Salted Peanuts
You’re also consuming … Pig Hooves
Some brands use gelatin as an additive to help salt and other spices adhere to the peanuts. Gelatin is derived from the collagen in cow or pig bones, hooves, and connective tissues. Beat It Tip: Buy peanuts in the shell. Here’s the added bonus of cracking your own: a study published in the journal Appetite found that eating shelled nuts can result in a 22% calorie saving.

12. CAKE MIX
If you’re eating … Cake Mix
You’re also consuming … Beef Fat
Believe it or not, it’s common for beef fat, or lard, to find its way into the dry ingredients of boxed cake mixes. Beat It Tip: Check the label for “lard,” and put down the Twinkies. All Hostess products contain beef fat. 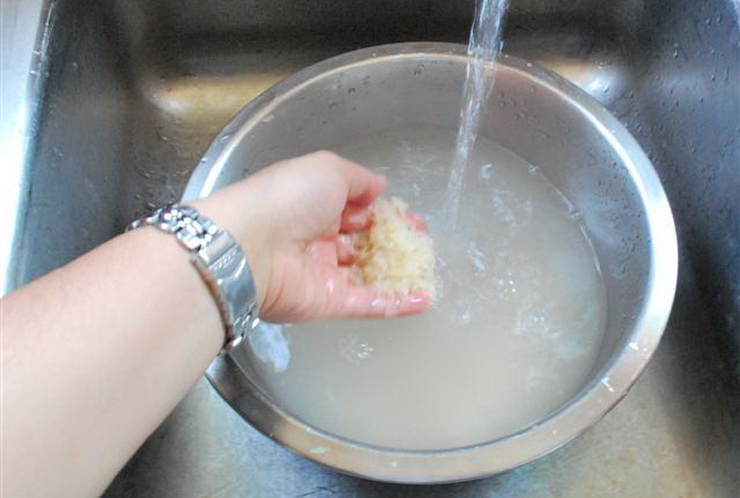