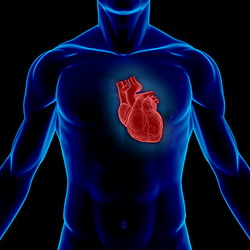 One new research has been proved that a new population of stem cells have found in the heart of humans. This research is the newest and worthy development in the field of cardiology to save more humans more easily and effectively. And it is surprisingly good news for all the heart patients and their relatives though this is the kind of a new beginning development in this study.
This research has been done by the Professor Richard Harvey with his team of scientists and researchers under the banner of Victor Chang Cardiac Research Institute (VCCRI) and The University of New South Wales (UNSW). This study has been published in the international journal “Cell Stem Cell” of 5 December of the year 2011. Professor Richard Harvey works in the stem cell biology division VCCRI and Sir. Peter Finley is the professor at UNSW.
Professor Harvey has said that “The first part of our study was actually the discovery and characterization of a new population of multi-potent, adult stem cells that live in the heart – that is, stem cells that are extremely powerful in dividing, and responding to their native environment to form whatever tissue is needed for repair. We believe this population of cells are very high up in the stem cell hierarchy, and can generate a number of progenitor cells that would exist in a healthy heart”.
This research has been done on the heart of a mouse. Mouse and Rabbits are scientifically are well nigh similar body systems as human body system. Absolute new generation of stem cells have been described and defined with all the valid resources and origins. A research has already proven that at least one Australian kills in every 23 minutes by heart disease. And this ratio is a quite huge scale of death in whole world and its all by the heart diseases that now can be easily treated with the help of adult stem cells of hearts. No doubt this new study will lead the world of cardiology to develop new therapies of regeneration and rebounding of stem cells of heart.