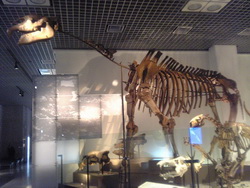 This article is about the first prehistoric animal which was discovered in the lands of Pakistan. Yes you are going to read all about the pompous knowledge of “Baluchitherium” in this article. This article will provide you all the valid and heading information about this prehistoric animal.
Baluchitherium was the largest mammal who has ever lived on earth. It was firstly discovered in the Baluchistan of Pakistan by the Forster Cooper in the year of 1913. Its fossil was last formed by the French-Pakistan team. Its genus classification was the “Gigantic Hornless Rhinoceros”. The family of this largest mammal was Hyracodontidae. Baluchitherium is also famously known as Paraceratherium and Indricotherium.
The name of Baluchitherium stands for the “Beast of Balochistan”. This name was given by the completion of getting well nigh all parts and bones of the fossil. Paraceratherium stand for the “Near horn animal”. This name was of old Greek language and the noun shows that it was hornless. This name was given by the Forster Cooper in the year of 1911. Indricotherium stand for the Indrik-Beast. In Russia; it means father of all animals, it is an absolute mythical beast. 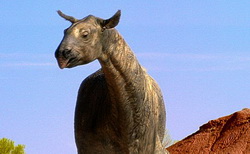