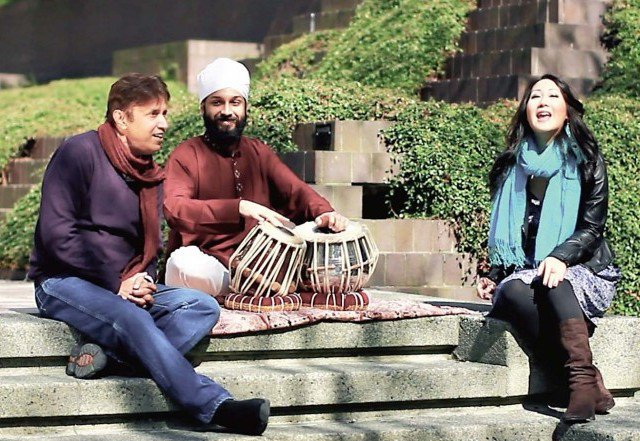 A new trend of tribute’s is beating up in the town. Pakistani music legends are contributing in their own famous art pieces in this year. Alamgir; the most famous singer of eighty’s era has worked recently in his own old song “Keh Dena” with the Canadian popstar Kristie Yung. Kristie Yung has sung this song in urdu first time to pay tribute to Alamgir. Kristie Yung has also co-produced this song and video. It was the production of Suhrwardy Brothers for a Telefilm. Recording arrangement and instruments were of Nick Chowlia. Ricky Thinda did Guitars with Sunny Matharu on Tabla. This video and song both are equally mind blowing.

One Song of famous Pakistani singer Mohammad Ali Shyhaki has also remixed with his same melodious voice. Yes you guess right its the very famous song “Tere Ishq Mein Jo Bhi Doub Gaya”. This song was firstly sung by Allan Fakir and Shyhaki. Allan Fakir was very well-known folk singer of Sindh province of Pakistan.This song has been sing with a female singer Rasika Shehkar. It’s music and video have made in the production of Studio-2012, MusikWaves and Rizwan Ali Zaidi. The video of the song is directed by Yousuf Arain. This song has no doubt the same depth in its motive but missing feelings Allan Fakir’s voice element was much more then a high dimension video and new female singer presence.