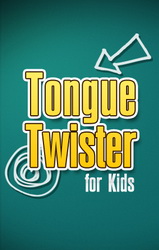 > Cows graze in groves on grass which grows in grooves in groves.

Nursery Rhyme – Give me some sunshine.