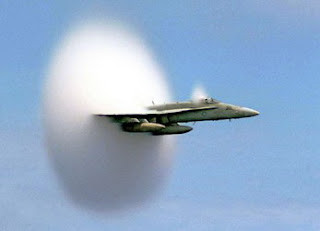 Sonic boom is a high quality shock field. Sonic boom is also known as “Sonic shock”. This shock field is a result of supersonic speed of an aircraft. Supersonic speed is a sound of speed which produces after an aircraft speed crosses the limit of “Mach One”. This magnitude sound can affect human ears. It sounds as large level explosion and thunder.

This shock of sound waves can destroy buildings on large scales. Sonic boom can be easily seen by a human eye as this process generates a water vapor round cone around aircraft. This vapor cone is scientifically known as “Prandtl Glauert” and generally called as shock collar and shock egg.

Recently this boom was heard in the counties of Southwest Florida such as Naples, Cape Romano, Fort Myers Beach, Sarasota Jungle Gardens and many others. Southwest Florida is a region of Florida State of America. This boom was a result of landing of a NASA space shuttle. This shuttle was “STS-130”. It was on the mission of International Space Station. It went in space on 8 of February of this year 2010. STS-130 landed back on earth in the night of twenty first of February in the Kennedy Space Center’s Shuttle.