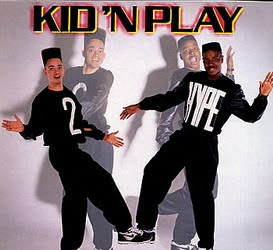 The series was written by “Cynthia Friedlob” and “John Semper”, both writers were the head writers of the sitcom. The sitcom was animated genre series. It went on air for one year from the year 1990 till the year 1991.

Christopher Kid was born on 5 of April in the year 1964. He was born in the Bronx Town of the New York City. Kid was the American native boy. He loved hip-hop and rap music because of his passion towards these categories of music, He started playing and performing music from the year 1981. He is famous as a comedian, actor and rapper.

Kid was got famous because of his spike long hair style. Kid carried this hair style with a funny attitude to make viewers laugh. Father of Kid was Jamaican and his mother was Irish National. He did his graduation from Lehman College of New York City. Kid has recently played in “Real Time with Bill Maher”, which was a show of HBO Channel.

Christopher Play was born on 10 of July in the year1962. He was born in Queens town of the New York City of America. He is famous as a rapper and actor. He started playing rap and hip-hop from the year 1980. He was a black Native American. Play has also served as a judge of eighth “Independent Music Awards” of United States of America.

He did his graduation from the “High School of Art and Design” of the New York City. “2 Hype”, “Kid and Play’s Funhouse” and “Face the Nation” were the top rated music albums of Kid Reid and Play Martin.