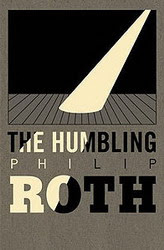 The Humbling is the 30th and the latest book of famous American novelist “Philip Milton Roth”. Roth born in New Jersey on 19 March,1933. Philip Roth has given this piece of art of 140 pages in the age of 76 years. The Humbling Book has released on 2nd November of the year of 2009. The Humbling is an English Language Book.

The Humbling is published by a Boston’s publishing company “Houghton Mifflin Harcourt”. The writer of “The Humbling”, Philip Roth is writing since the year of 1957. He has won various awards including two “National Book Awards”, two “National Book Critics Circle” awards and three “PEN/Faulkner” Awards.

He has been rewarded by “Pulitzer Prize” for one of his famous novel of the year 1997. In “The Humbling” Roth has written an old man’s life fantasies of sexual desires, despite this fact Philip Roth has not broken the same adoring experience to readers. Philip Roth has plotted the characters and main-plot same like the old novels of famous novelists including Shakespeare and Sophocles.