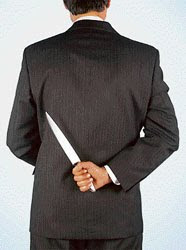 Psychopath is also known as Sociopath. It is a disorder which can occur in any human. Psychopath, Sociopath or Psychopathy all are common terms of Schizophrenia. This term was invented by a Swiss psychiatrist “Paul Eugen Bleuler”. Schizophrenia word comes from Greek language, and it is a medical term, used for Neuropsychiatric or Mental disorder.

This philosophy or argument is thoroughly ungenerous that Sociopaths like to live alone despite they can be easily found “one” of in every “250 people crowd”, as the ratio of 0.4 percent each 250 group of population. Schizophrenic patients are mostly categorized in “Violent psychopaths”, “Psychopathic serial killers”, “Psychopathic murderers” and “Deranged psychopaths”.

A recent research of American psychiatrists has shown that mental disorders are mostly found in male compare to female. Psychopath could be a bigger risk for a child in terms of father or elder brother, their regular and daily contribution is also highly dangerous for a child growth although child life could be on risk at their seizing convulsion times.

A famous psychologist “Randall T. Salekin” of University of Alabama shown in his research that Psychopathy could be a great risk factor for physical violence and sexual violence in domestic grounds. He has discovered that all Sociopaths are violent and have no guilt about what ever they are doing is always in favor for others and securing their own future.