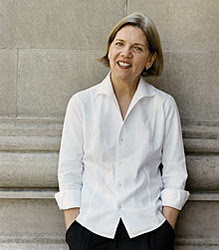 “Elizabeth Warren” the chair person of the Congressional Oversight Panel was born on 22 of June, 1949 in the state of Oklahoma, which is the 28th most populous and 20th largest state of “United States of America”. Elizabeth Warren completed her basic education from Oklahoma. She was a child-hood grade holder and state champion debater of Oklahoma State.

She is living in Cambridge county of Massachusetts state. Elizabeth Warren did her graduation in Science from University of Houston which is a public research university. She taken Juris Doctor “JD” from the “Rutgers School of Law in Newark”, which is the oldest of three law schools in the American state of “New Jersey”.

She also served as an editor of Rutgers Law Review, which is a Rutgers School of Law’s journal on legal issues. She has written un-countable scholarly articles on the economic issues. 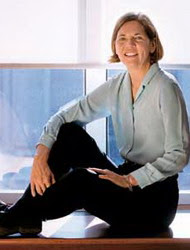 She has also written eight books. Her two books “The Two-Income Trap” and the “All Your Worth”, are on the American best seller lists. She is also one of the eight top law professors on “Leading Lawyers in America list” published in Law Dragon Magazine. She is the first idea-maker of creating a new Consumer Financial Protection Agency, which is working on “Emergency Economic Stabilization Act”.

She is not only the chair-person of “Oversight of the Troubled Asset Relief Program” but also a “Leo Gottlieb Professor” of Law in Harvard Law School. Elizabeth Warren has warned American Congress on 22 of January, 2010 that “If the financial reform bill doesn’t establish an effective and independent consumer protection agency then forget regulatory reform”.