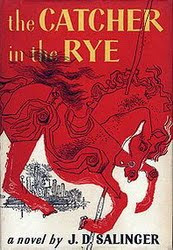 Catcher in the Rye is a famous novel by an American book writer “Jerome David Salinger”. This novel-book was written in the year of 1951. The main character of the drama was Holden Morrissey Caulfield. This role was named by Holden Caulfield in the novel. Holden Caulfield was a 17 years old boy. A ten years old girl and a screen writer were siblings of Holden.

This novel’s story revolves around the Life of Holden character. The Author of the book named Holden Caulfield on the name of his friend “Holden Bowler”. This Book was listed in the 100 best English novels in the Time Magazine’s Edition of 2005. “Catcher in the Rye” was rewarded as the 20th century’s best novel by Modern Library publishing company.

Various Professors, Writers and Film makers have inspired by the Catcher in the Rye. This novel’s great inspiration was “My Foolish Heart”. 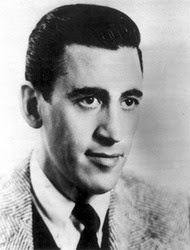 Dr. Sarah Graham said that many modern writers have based their novels on the Catcher in the Rye like Bret Easton Ellis’s novel “Less Than Zero” and Sylvia Plath’s novel “The Bell Jar”.

The Author of the novel “Jerome David Salinger” has died in Cornish Town of New Hampshire State on 27 January, 2010 at the age of 91 years. Jerome David Salinger was popular with the name of J. D. Salinger. He was born on 1st January, 1919 in the Town of Manhattan Island of the New York City.

He wrote marvel pieces of binds from the year of 1940 till 1965. The Catcher in the Rye novel and The Raise High the Roof Beam, Carpenters and Seymour novel were top-sellers books of J. D. Salinger.