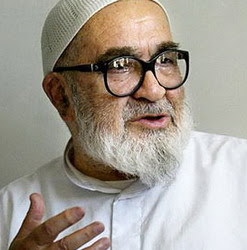 Montazeri was also known as a Great Leader Ayatollah Hossein Ali Montazeri. He dies in his home this Saturday night on 19 December 2009 in the age of 87 years. His funeral is accepting on Monday Morning. He has left Nasser Montazeri as his grand son as a shining pearl of Iran’s Politics.

Ayatollah Montazeri belonged from a noble family of Najafabad. He completed his early education from Isfahan and then he moved to Qom which is in the south west of Tehran, is the Capital of Iran. In Qom he continued his studies and practiced reforming politics of Iran. He was a successor of apex leader Ayatullah Khomeini who played a high role in revolution of Iran.

He was a very impact full Shi’a Islamic scholar. He played an important role for forming new constitution of Iran. He advocated for civil rights and women rights of Muslims as well as He putted in detention various times. Government of Iran kept him in prison in the year of 1974 and released in 1978 and detained him in the year of 1989 and in 1997. He released from his last detention in 2003. He was a famous writer. He wrote many books as a civil rights activist and Islamic scholar.

He openly opposed Iranian President Ahmad-i-Nejad’s after conflicts in elections of June. He released fatwa against Ahmad-i-Nejad’s on various occasions. He often point finger on Ahmad-i-Nejad’s policies including nuclear, economic and foreign affairs. He believed that the rule of law sciences cannot be impose on all and as a complete formula.