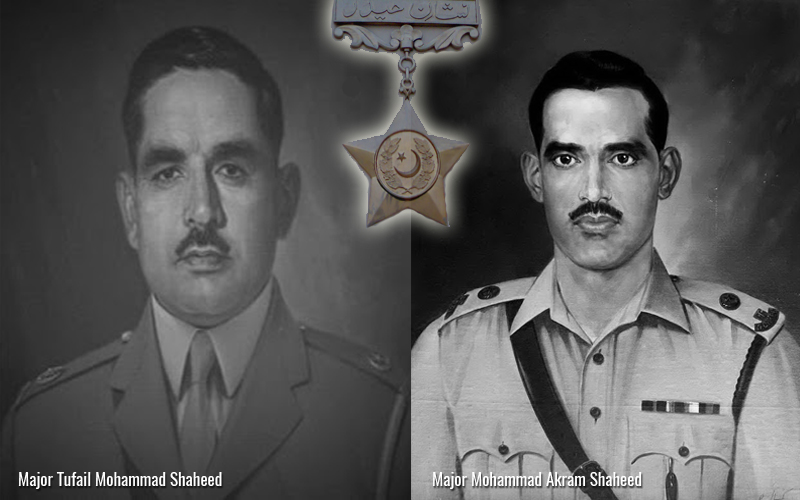 I Salute to My Family’s Pride First and Fourth Nishan-e-Haider (The highest military award of Pakistan).

P.S. Both are from my Maternal Family.

Major Tufail Mohammad Shaheed
Born: 22 July 1914, Moza Kharkal District of Hoshiarpur.
Commissioned: 1943, 16th Punjab Regiment.
He was born in 1914 in Hoshiarpur. He was commissioned into the 16th Punjab Regiment in 1943. In August 1958, Major Tufail Muhammad, a Company Commander in the East Pakistan Rifles, and his patrol encircled an Indian post in the Lakshmirpur area. And, though mortally wounded in the hand-to-hand encounter that followed, Major Tufail Muhammad continued to lead his troops till the Indians were driven out, leaving four dead and three prisoners. He embraced martyrdom the same day i.e, 7 August 1958. Mohammad Tufail (N.H.) was buried in Burewala Punjab. The village has been named after him and is now known as Tufailabad. According to Military sources; During his command, Indian troops violating international borders captured a village in the area of Laskhmipur of East Pakistan. On 7 August 1958 Major Tufail launched an assault, to force withdrawal of Indian troops from the village. He divided his men into three groups and attacked the Indian troops during the hours of darkness. The groups were able to reach the enemy without being detected but as the firefight started, the group came under heavy fire and Major Tufail received three bullets in his stomach. Despite being shot in stomach, he kept moving and was able to silence the incoming fire from machine gun. By tactically using grenades, Major Tufail was able to destroy key enemy posts. When he saw an enemy commander inflicting heavy casualties to his men he crawled towards enemy posting and engaged the enemy in hand-to-hand battle which resulted in the killing of a commander of the Indian Army. He killed him by hitting him with his steel helmet on the face. He continued the operation with his men which resulted in the withdrawal of Indian forces. Despite being heavily injured, he called his junior officer “I have completed my duty; the enemy is on the run.” He was rushed to hospital but died the same day.

Major Mohammad Akram Shaheed
Born: 4 April 1938, Dingha Village, District of Gujrat.
Commissioned: 1963, Frontier Force Regiment.
He was born on 4 April 1938 in Dingha, Gujrat District. He was commissioned in the Frontier Force Regiment on 13 October 1963. He gained a commission in 1963 as part of the 4th Frontier Force Regiment. He participated in 1965 Indo-Pak September War as a Captain where he led several successful military operations against the Indian Army, He was stationed in Lahore during ’65 War. Major Muhammad Akram and a company of 4 Frontier Force Regiment, which he commanded in the forward area in Hilli district, in East Pakistan in 1971, came under incessant air, artillery and Armour attacks. But for an entire fortnight, despite enemy superiority in both numbers and fire power, he and his men repulsed every attack, inflicting heavy casualties on the enemy. Major Muhammad Akram embraced martyrdom during this epic battle on 5 December 1971. Major Muhammad Akram (N.H) was buried in the village of Boaldar, Thana/Upozila-Hakimpur (Banglahilly), District-Dinajpur. There is a monument of Major Akram Shaheed in the midst of Jhelum city. 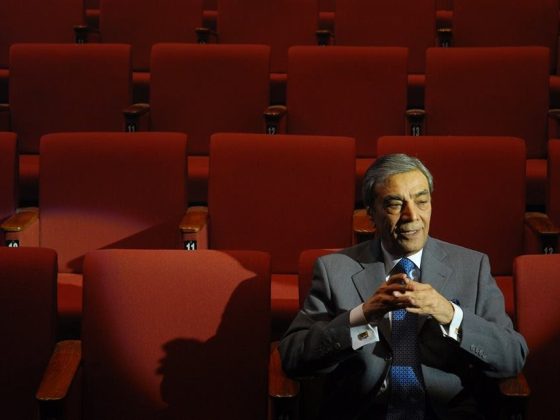 Ishq-e-Rasool (saww) Day in my views.

I love our Pakistan.

Review on Supreme Court of Pakistan’s situation of today.